Still very cold this morning, but the wind has died down and birds were everywhere searching for food. After walking 2 to 3 miles in the cold, I headed home about 10:00 a.m. and heard some crows squawking in the small pine forest at the end of my street. Thought it was probably the Red-tailed Hawk that I saw yesterday, but I followed the chatter and saw them chase a large bird that landed in the forest. It looked like the Red-tailed so I took a few photos from a couple of vantage points trying to get a clear shot. When the crows chased the bird off this branch, I heard the crows plus "Who, Who," and thought there might be an owl in the woods as well, as one of my neighbors who lives near there has been hearing an owl every night - We both thought it was a Barred Owl that he had been hearing, as I have heard them in this area before. I then thought to take a look at the photos I had just taken - a Great Horned Owl! My Wintergreen area #157. I spent the next half hour chasing the crow chatter in and around the forest, but only caught glimpses of the owl as it flew. 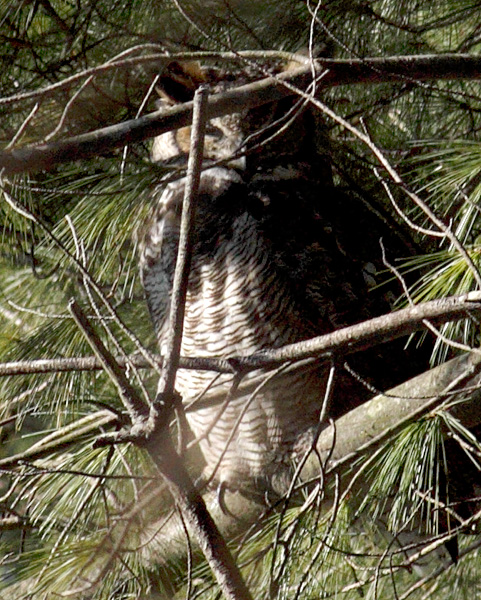 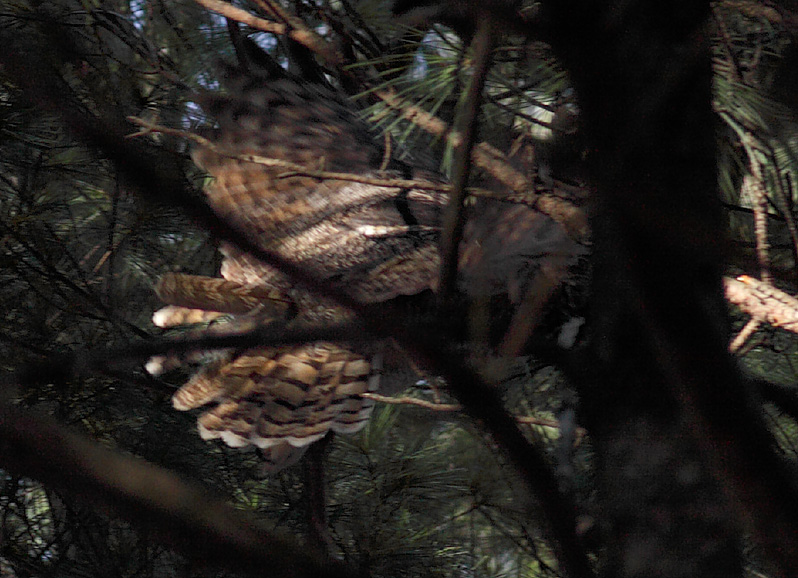 I then saw a few more species, including a Ruby-crowned Kinglet with an orange bill, three Yellow-rumped Warblers looking for food, a Pileated Woodpecker eating berries, and a very pretty Fox Sparrow. 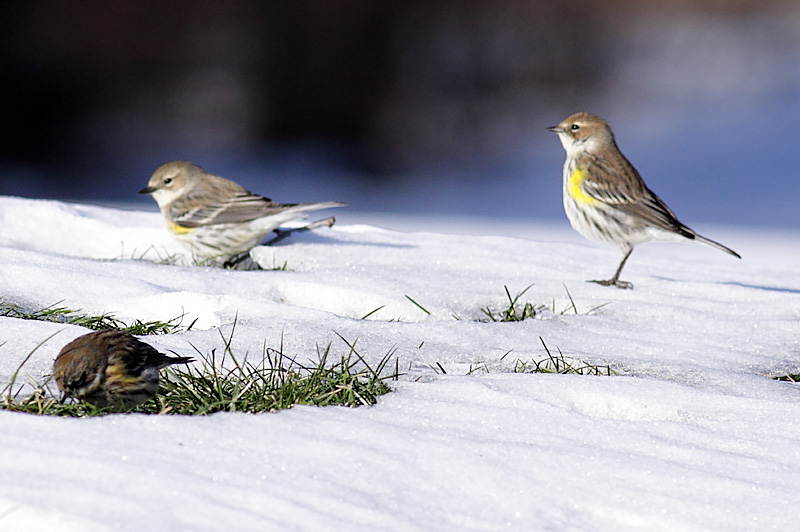 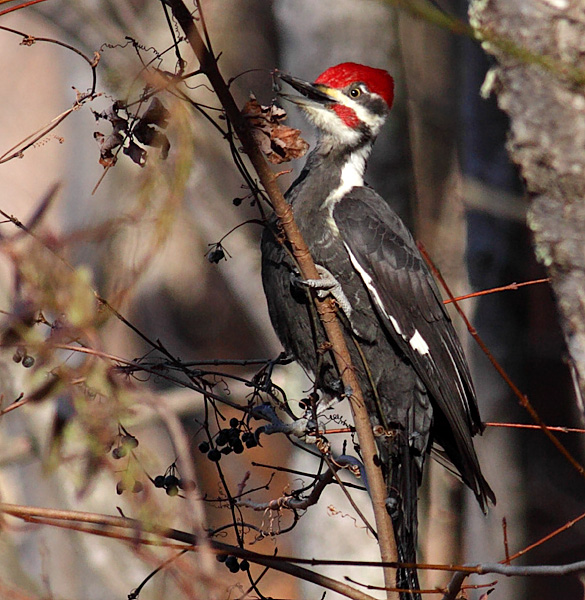 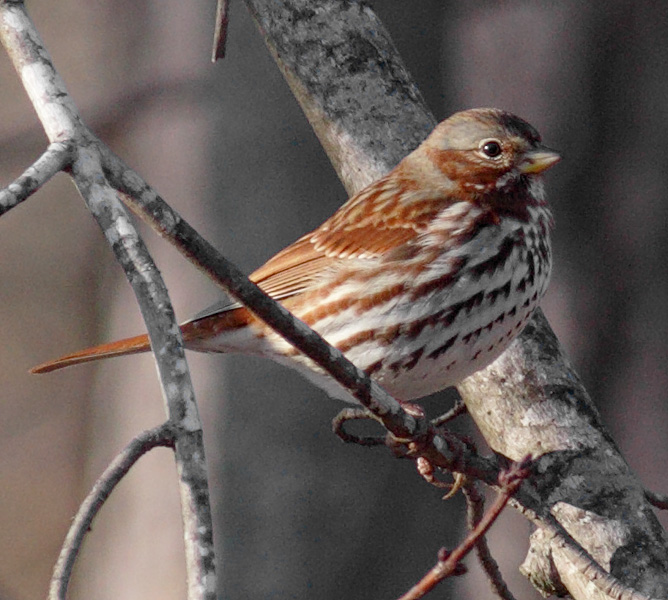