My neighbor Frits reported a Herring Gull over Lake Monocan this morning - a rare species for the Wintergreen area, and it would have been a new bird for me, but when I got there a short time later, I did not see it.

We had 50 mile winds yesterday - just to rub (or should I say blow) the snow in our faces. Some trees down, and lots of branches and twigs litter the snow-covered ground. The few clear areas, mostly along snow-plowed roads, are filled with small birds - Field and Song Sparrows, Dark-eyed Juncos, Carolina Wrens, and Bluebirds. I did see a RS Hawk flying through the woods, and saw 5 female Wild Turkeys along Monocan Drive.

Maybe birding will get better in a few days, but there is more snow forecast for Tuesday. 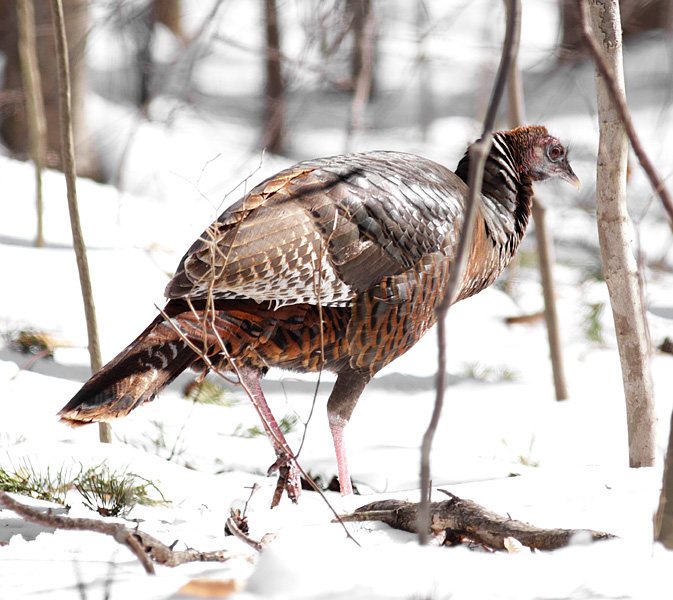 After going out in the cold and snow twice today, I thought that I was done birding for the day, but a Red-tailed Hawk was circling above my back yard late in the afternoon. After a few photos of the hawk, I decided to see if any ducks had decided to spend the night on Lake Monocan, so I went there for the third time today.

Didn't see any ducks, but some very cold looking Canada Geese and some Bluebirds, a Flicker, and a Red-bellied WP. A Ruby-crowned Kinglet very cooperatively showed me its ruby crown. As the sun started setting, the geese started making a racket, and I looked up to see 50 to 100 Turkey Vultures circling above. Almost had a mid-air collision between a flock of geese and some of the vultures. 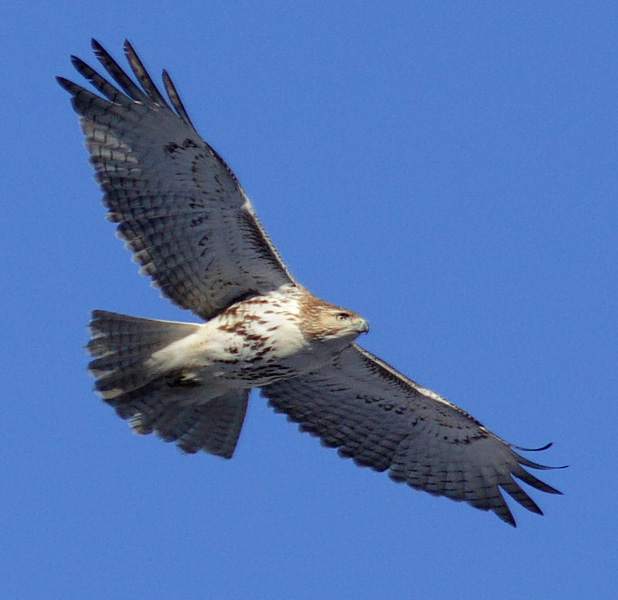 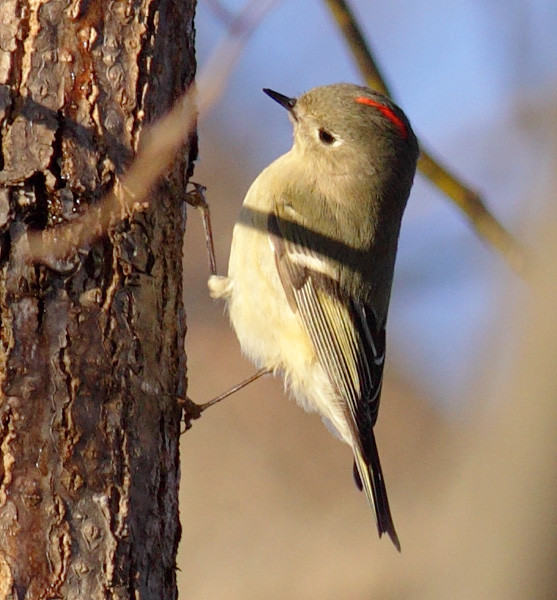 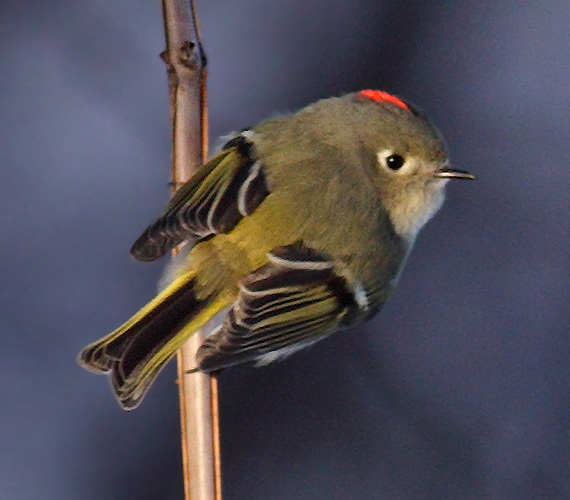 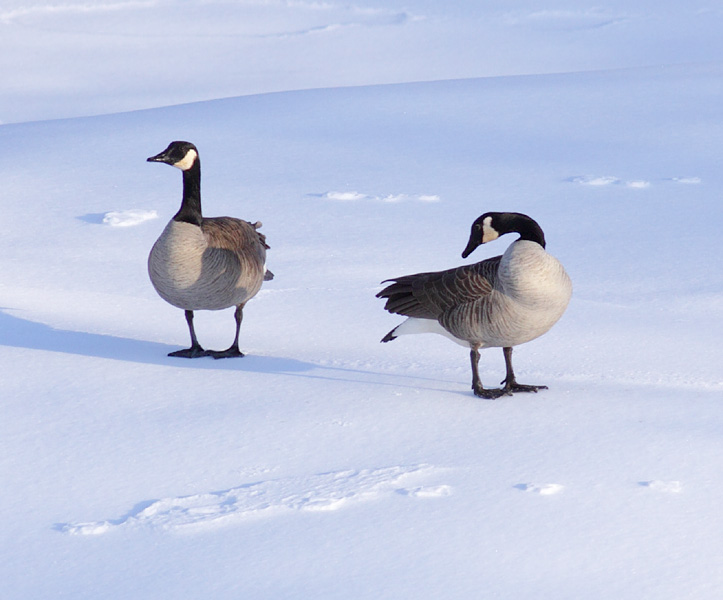