Wow - what a morning on the RV Trail. Well, let me start at the beginning.

It was supposed to be sunny and cooler today, but the Rockfish Valley office of mother nature had not read the weather forecast. It was a bit cooler - 76 degrees when I arrived at 8:30, and only 78 degrees when I left at 10:30; the humidity was still high, but not as bad as the past few days, and there was a light breeze. But the skies were not sunny - medium to light overcast, with some heavy, dark clouds, and a few open patches of blue and bright sunlight came and went quickly. The skies kept changing so rapidly that my camera settings were almost always on the wrong settings.

I parked at the main trailhead kiosk, and first walked the downstream trail. Lots of activity there - Bluebirds, Chipping and Song Sparrows, Eastern Meadowlarks, lots of American Goldfinches, Eastern Phoebes, Red-winged Blackbirds, and a few Barn Swallows. As I passed the picnic table, I saw a flock of Black and Turkey Vultures sitting in the large dead tree at the end of the downstream trail. At the end of one of the branches there appeared to be a Great Blue Heron - unusual to be that high off the ground, and all I could really make out was its shape, as I was looking into thin cloud cover that was brightly lit up from the sun behind the clouds. I opened up the aperture of my camera to counter the bright background sky, took a shot, and checked the results on my camera viewfinder - the vultures were there, but the heron wasn't in the photo?? What was going on? I took five or six shots, and checked the results each time, but no heron in the photo. Each time I thought that perhaps it flew away during the shot, but each time I looked up, it was still on that branch.

This was getting spooky - reminded me of a Hollywood movie where I was seeing some sort of ghost or apparition, but could not record it on my camera. I then set my camera to normal settings and figured it out. It was not a Great Blue Heron, but a Great Egret, and its white body blended in with the bright cloud background, and I couldn't see its bill or subtle shade differences on the viewfinder in the outdoor light. As I got closer, the egret flew away. 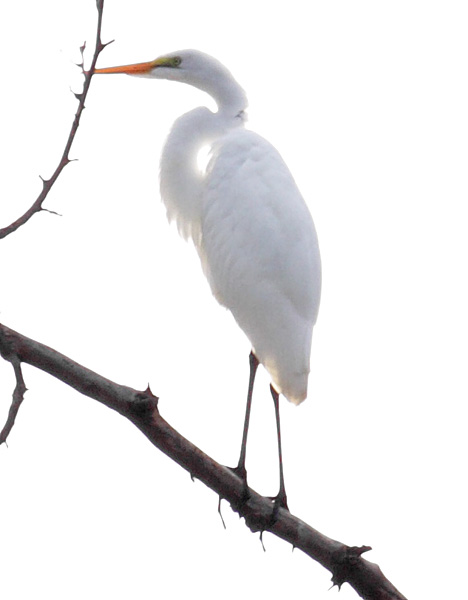 I then stopped at Yellow-Bird Thicket, and that was a bonanza place to be, and it lived up to its name. In YBT and the tree next to it were a Red-bellied Woodpecker, Brown Thrasher, Blue-gray Gnatcatcher, Indigo Buntings, male and female Cardinals, a Great-crested Flycatcher, an Eastern Pewee, American Goldfinches, a female Orchard Oriole, a Yellow Warbler, a pair of juvenile Eastern Towhees, and a pair of Ruby-throated Hummingbirds. A Bobwhite was calling from the tall grasses at the base of YBT. 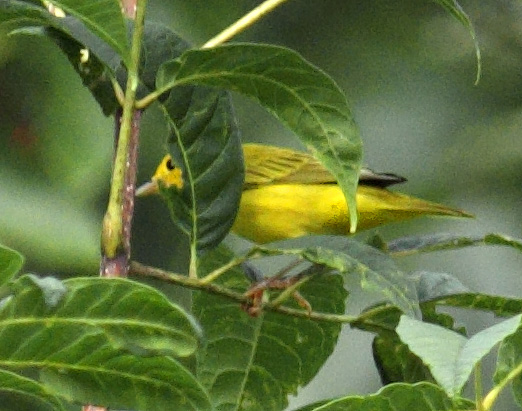 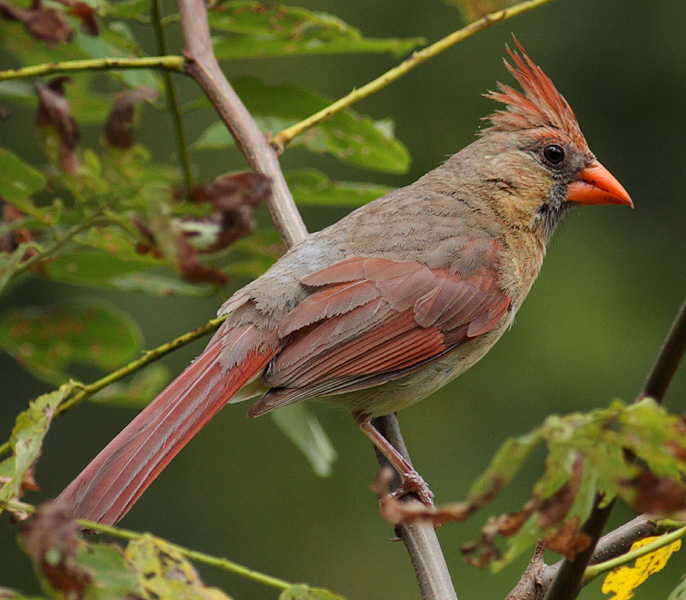 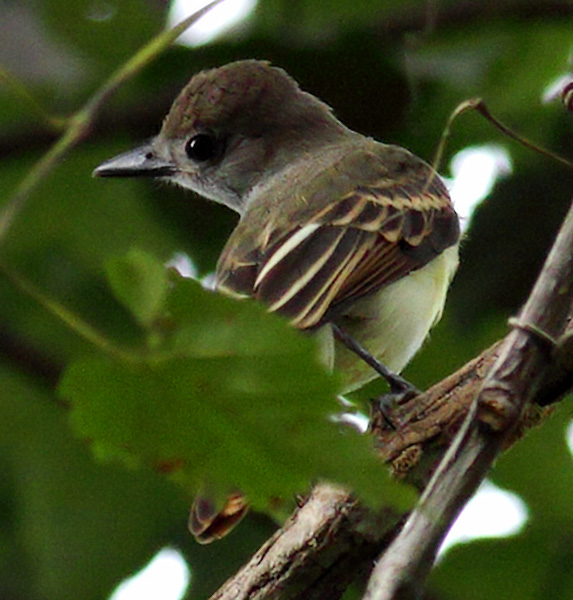 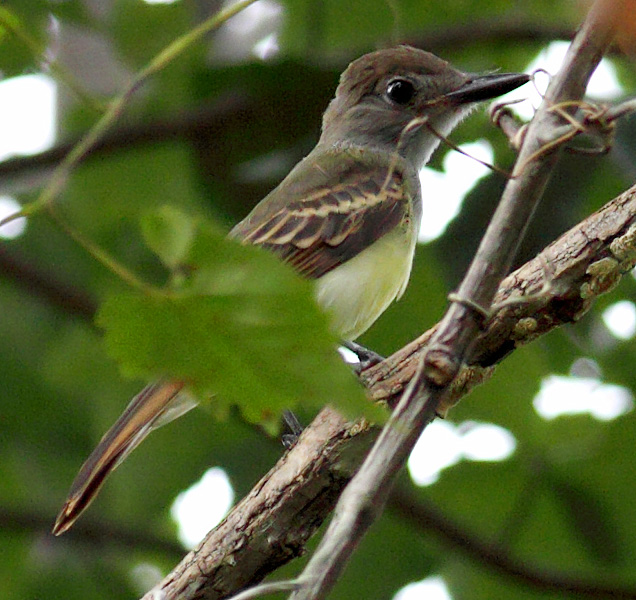 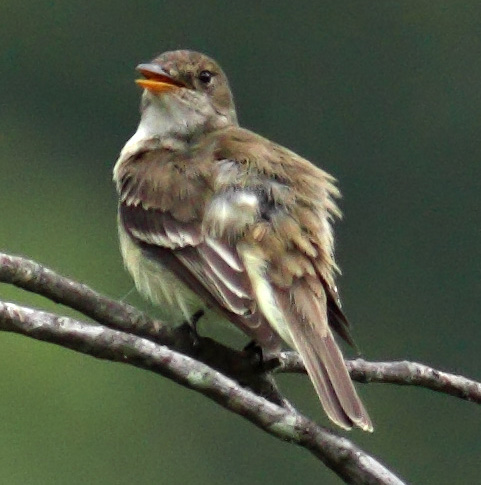 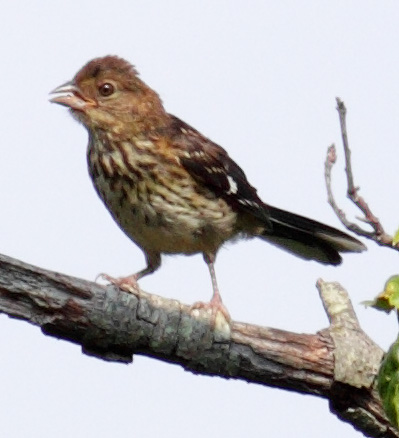 I crossed the first wooden bridge and walked most of the way to the second wooden bridge and added a White-eyed Vireo, Common Yellowthroat, Field sparrows, and Carolina Wren to this morning's list. Walked back to the kiosk and added American Crow. I was a bit tired, but decided to take the upstream trail to the park benches, and saw some of the previously mentioned species plus a Kingfisher. As I walked back to the car, a Great Egret flew up from the Rockfish River and headed downstream. All in all, at least 29 species this morning, and a few that I haven't seen for a while. 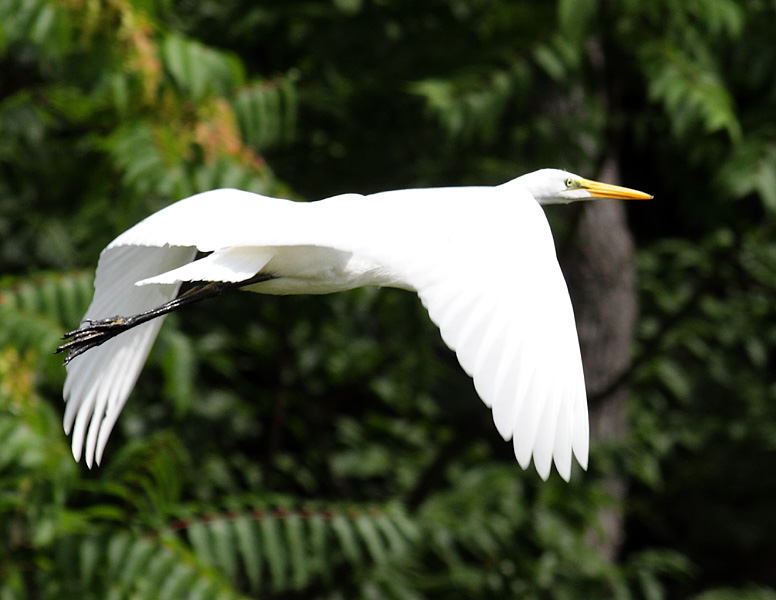 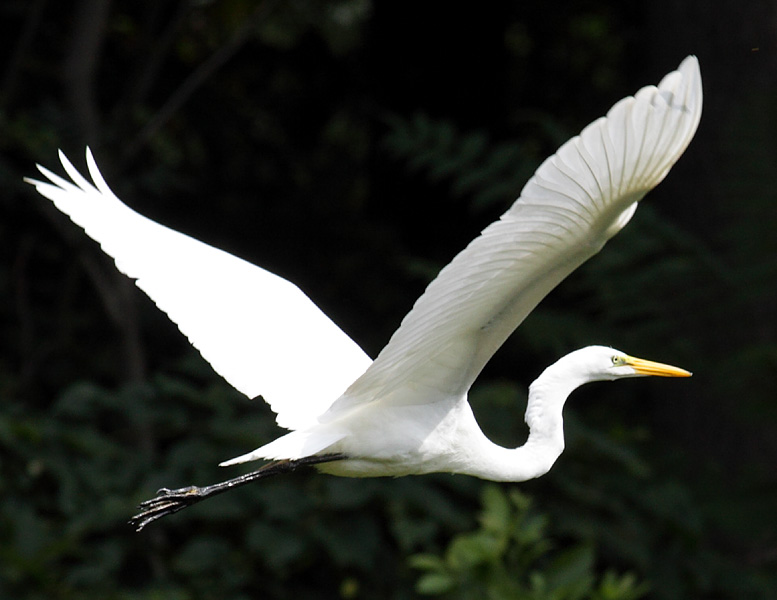